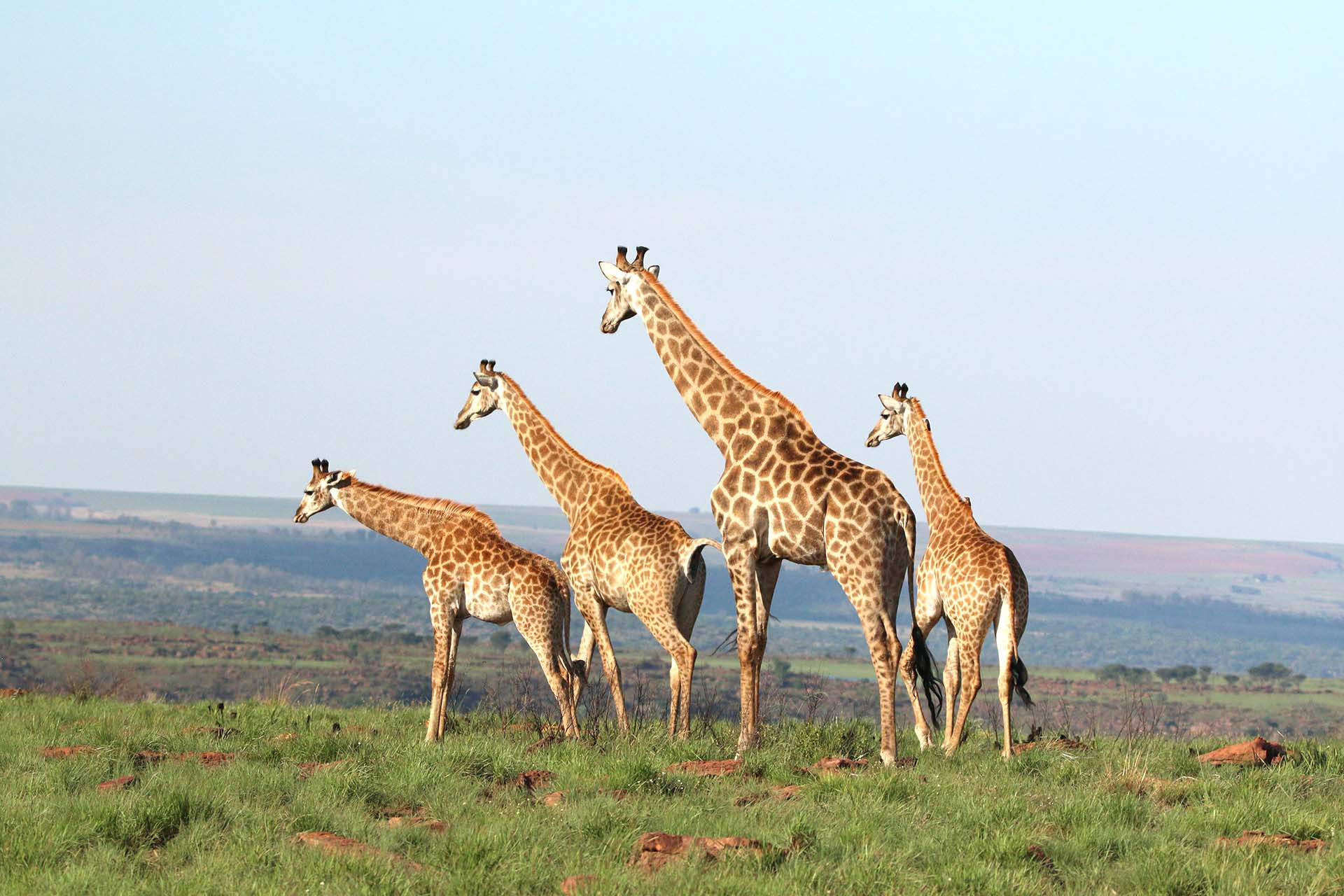 It is the proud recipient of “Irreplaceable Biodiversity” status, a title bestowed upon it because of the more than 100 grass species, cycad populations, red data flora, extensive river frontages, permanent wetlands and streams, riverine forestation, gorges, savannah plains, rocky outcrops, majestic cliffs and rock art to which it is home.

Apart from the flora and fauna, Bezhoek is also home to a myriad of wildlife including leopards, hyena, giraffe, eland, sable, oribi and many other species which all roam freely within the 5000-hectare reserve. With more than 300 bird species, including the African Finfoot, Southern Bald Ibis and Denhams Bustard. Bezhoek Nature Reserve is a haven for wildlife lovers and birders alike.

Whilst all three of these biomes are home to important and often unique biodiversity, it is in the grasslands that the bulk of Mpumalanga’s rare, endemic and threatened species and the all-important wetlands lie. These grasslands are critically important water producing landscapes, playing a vital role in maintaining the quality and quantity of water entering rivers, streams and aquifers. Despite their importance however, and the fact that the grasslands occupy just over 61% of the surface area of the province, they are currently the most at-risk and least well protected of Mpumalanga’s biomes.

The owners of Bezhoek Nature Reserve are committed to preserving and protecting the biodiversity of this jewel and will use their very best efforts and all resources to keep mining out. The intention is to eradicate all invasive and alien vegetation which compromise the grasslands and the Olifants River Valley. To date, hundreds of hectares of Black Wattle, Poplar Canensis and Bankrupt Bush have been removed and the grasslands rehabilitated with the support of donations from generous individuals and companies dedicated to the preservation of South Africa’s natural biodiversity.

Although Bezhoek is located just 25km outside of Middelburg and Witbank and a 90 minute drive from Pretoria and Joburg  there is no hint of any city activity once you arrive at Bezhoek. 5000ha of pristine nature is tucked away in the Olifants river valley, ready to be explored.

The Olifants river borders Bezhoek Nature Reserve on the West while the Klein Olifants traverses the Reserve in the North. making it the ideal destination for a weekend breakaway. By appointment only. 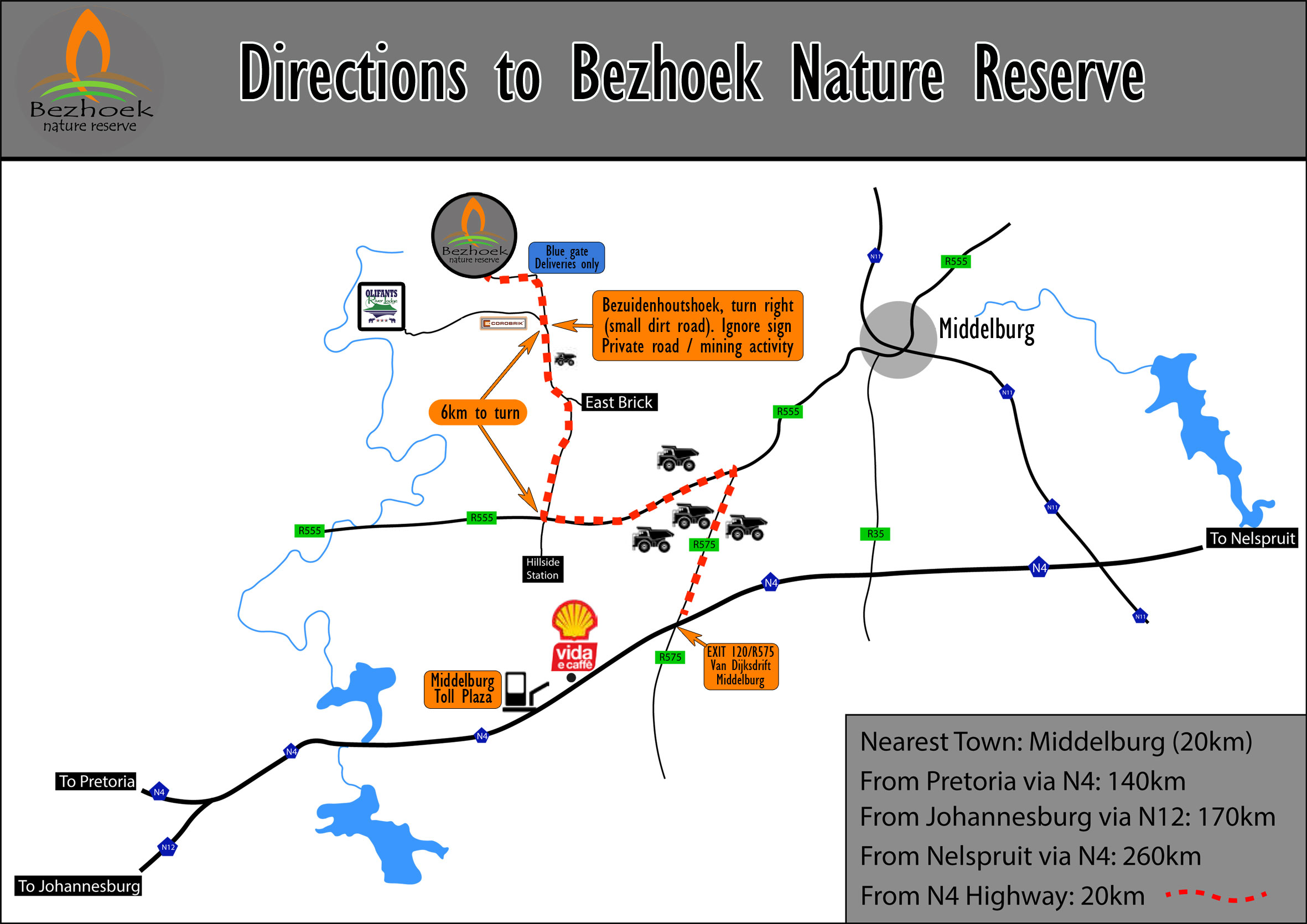